Sometimes the song writes itself.

…and sometimes the guitar writes it for you.

My 12-string definitely wrote this song.  Take a listen:

I hadn't held my 12-string in well over a year. I took it out of the case to take a "family photo" of all my guitars. Yet during that entire photo shoot, it's like this 12-string was calling to me, “I HAVE A SONG THAT NEEDS TO BE HEARD”. After I put all the other guitars away, my 12-string kept calling, sparking something in me that I knew I should play it.

I knew something special was in store since even though it had not been played in so long, the strings were still bright.  It’s like it was keeping ready until I heard it’s beckoning.

I tuned it to standard tuning but 1/2 step down, in Eb, like I have since I bought it in 1995. That’s how it was tuned when I found it at a used guitar shop in Excelsior, MN, and it seemed to sound bigger and better not wound up so tight.  And don’t be fooled: that 1/2 step lower is a BIG DEAL.  Most Van Halen songs are a 1/2 step lower, and it just adds a unique tone, a freedom, and in this case, the chance to sing a melody that would have been just a bit too high in standard E tuning.

“On My Way” is such a fun, rockin’ song. The chords and outline of the song poured out from the guitar quickly. The lyrics, as usual of late, took longer. Seems I am quite creative in what I want to play, but have a harder time deciding what I want to say.

The 12-string helped me write the lyrics, too. In a way, the guitar was demonstrating to me how important it is to have unity in our lives. If you’ve never owned a 12-string, it is much more challenging to tune. Each string has an important role, but they all must play off the other strings in order to sound full, make an impact, and not distract from the song. But interestingly, the slight variances of the strings, the unique attributes that cause imperfections, are actually the magic that makes 12-string guitars so awesome sounding! The beautiful, full, chorus effect is actually a result of these imperfections and if each string were exactly in tune, removing those uniquenesses, it wouldn’t sound the same. Further, each string supports the full sound. Without string 11, string 12 would sound weaker.  Without string 2 adding octave higher tone (and harmonics), string 1 wouldn’t sound as rich.

I think that’s what this song is trying to say. As a family, a community, we need to embrace our uniquenesses, recognize our differences, yet support each other and love each other…and that could, just possibly, make each other more successful, and whole communities more successful.

As a dear friend suggested, “On My Way!” could be an awesome Movie opening or an inspiring short!

I imagine the scene:

> Lights up: Wide open plains. Silence with just a slight sound of wind. Close-up of a cool car's front wheels on a gravel road “looking out over a curving, winding road that cuts through the openness and disappears on the horizon“.

> A sudden commotion! Boots in gravel rush towards the car and open the door.

> A driver jumps in, peels out, and the song starts.

> Driver is racing down that winding road

> drone shot from on high zooms into the driver window.

> Credits roll, in the background a 12-string acoustic in the background strums the chords of the song…like the mission will never end, there is always more work to do, more ways to communicate, inspire, connect.

> During credits, a long list of teams, neighbors, communities, societies that were changed for the better because of the message this song delivered.

THAT is what I wish the video would be. A visual paired with the lyrics… a call to action…a call to unify…a call to care about one another.

Power of a 12 string

Now that you heard the full version, take a listen to this acoustic version. I really like this since it speaks volumes of how a 12-string with passionate vocals can deliver a song with nearly the same intensity as the full band version.

If you're interested in how I recorded the song, here are the technical specs:

The lyrics were finished during vocal recordings. I find that some word choices just don’t feel right in the mouth as I sing them, so I’ll make some subtle changes to the phrase so it says the same thing but in a better way. In the end, I am quite happy with what it says, and even the vocal performance.

But not Today!  through my epic failures I will find what i’m

and there I see a tiny glimmering of light

I clear my head, sharpen my faith, and say  “HEY!”

my inner healing starts today I’m on my way!

We’re not OK! It’s you against me against him in

meaningless chatter it’s got us frayed

This is our Day!

It’s time to Lift each other up it’s what

together we can climb these mountains filled with hope

nothing will get in our our   way!

our inner healing starts today We’re on our way!

We’ll be OK!  it’s you and me and him filling up with

From now until the end of o-u-r time

and if you ever drift off course

nothing will get in our our way! 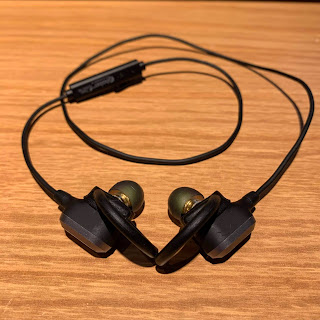 Verse:
It’s time to break away
There’s no way I can stay
it’s my life at stake
I hear it call to me
a world of “what could be”
Out where I was meant to be

Bridge:
And I’m never going back
No more time for yesterday
But I need you by my side
To feel alive!

Verse
Ooooh, it’s been so hard
Paralyzed by what “could have been”
To you, I promise this
whatever time we have left
I will give you my best

Bridge:
And we’re never going back
No more worry or regrets
And with you by my side
We’ll feel alive!

Bridge:
And we’re never going back
No more time to second guess
with you my heart is full
And ready to ride!