Without going into a lot of detail, lets just say that sometimes customers get angry…and sometimes it’s for good reason.

Recently I was asked to do technical debug sessions…like installation debug…that I am unfamiliar with. While I used to be a developer and regularly communicate technical concepts, it’s more ‘technical evangelism’, more of the ‘how to get value’, not the ‘how to get it running’ install issues. The result was a a bunch of fear and anxiety about my job that I’ve never had before. Un-good.

Surrounding this new-found atmosphere was an executive pitch I was scheduled to do. My assumption was I was going to crash and burn big time. My attitude about the whole week turned quickly from a “Heck yeah I’ll travel to DC for 2 days for a 3 hour briefing…and explore the city” to “Not only is the customer angry…I'm going into the lion’s den. Terrific”.

However, through long hours working with the customer, educating myself on deep technical details, issues, and workarounds, we pulled it out and they’re satisfied…and the executive pitch went really well…so well that they want to expand the use of our product.

Since the whole briefing turned successful, I needed to burn off some anxiety by doing something I know I’m good at. I also HAD to feed my travel bug. The result? I took the time to explore DC.

…from the tasty morsels DC had to offer… 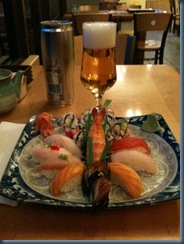 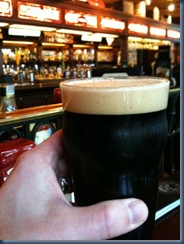 …to the museums showcasing our history… 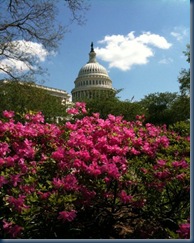 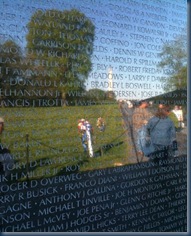 …and finally, I decided to squash my anxiety and fear by creating a documentary of sorts highlighting who knows and likes our product… 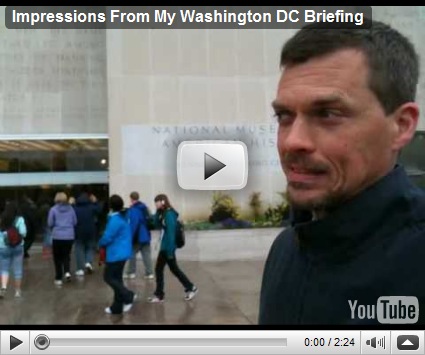 In the end it was a exceptional trip where I learned a lot about myself, what I love and don’t love about my job, and how weak my faith in Jesus really is when it comes to the details of my life (future post I’m sure).

So this was my first comedian concert. I truly had no idea what to expect, but since I’ve loved Brian Regan’s comedy before and I knew it was clean, I figured it would be a great time to try a ‘big time’ venue and have a nice date-night with my wife.

His brother was the warm-up act (funny stuff) and Brian was excellent! All throughout it was quite funny and probably 3 or 4 times when I couldn’t catch my breath…that’s when you know it’s really really funny. 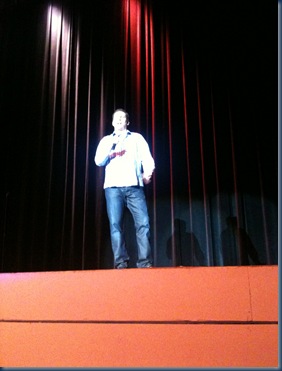 The above photo shows him in action, and how close we were…first row! Was quite excited to get this close.

But here is the photo that struck me the most: 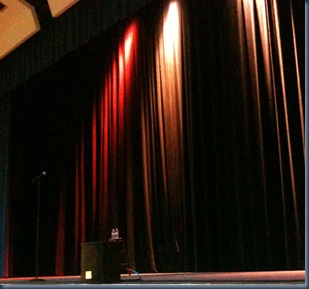 This was just before he went on. Look. There’s only a mic, background lights, and 2 water bottles on a stool. That’s it. I was really taken.

Every concert I go to (or play in) is a band with a whole rack of gear, drums, speakers, amps that fill the stage, and a guitarist that can hold a single note and have the crowd cheer.

A comic? He has nothing. He has his body language, voice, and … I think that’s it:

Then I got to thinking about the logistics and his career:

I was quite impressed at this performing medium. What a daunting and challenging way to earn a living.

What I love about Brian is that he used simple topics that everyone could relate to and squeezed out hilarious observations. Maybe it’s because they’re things that the whole audience can relate to is why he’s so funny. It’s things like wrestling with kids, watching Nova, getting a ride on a motorcycle…things we can all relate to.

He even was able to impress upon me the need to not stop my kids exploration just because it’s not ‘proper behavior’. “Don’t you know the paint on the wall is more important then the joy in your heart?!?” That is something to ponder as I continue to raise my kids.

All in all, quite a great evening of entertainment, and actually, quite a night to ponder how hard and dedicated you have to be to attempt stand-up for a living.

For background, I first heard Brian Regan on the Dennis Miller radio show. He was very funny. I then watched every single YouTube clips I could. Strange thing, though: Usually for a band you really want to know the music beforehand…but with a comedian, a joke is best heard first so you don’t really want to have heard anything…but you then don’t even know if it’s any good! strange. Here’s one of my favorites: 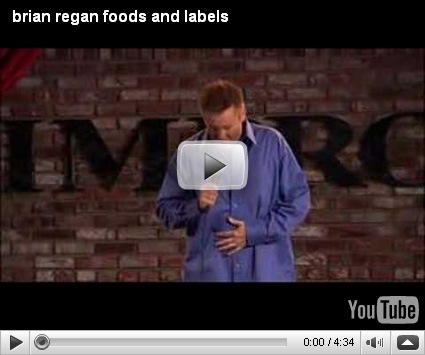