Yesterday (OK not yesterday...but I was too friggin' pissed off to compose myself enough to write this when I first saw the photo)...I was browsing my photos to find shots I wanted to share on my new Flickr account (while still an amateur, I'm loving the art of photography and want to post my favorites).

Then I came across this photo. (well, a screen shot from my iPad)

It stopped me in my tracks.


You may recall I briefly mentioned this memory in my Prince Memories post, but quite frankly, I had forgotten the details.

And now they're staring back at me with Frickin' retina HD photo quality:

I HAD AMAAAAAAAZING TICKETS TO PRINCE IN 2012 AND I LET THEM GO! 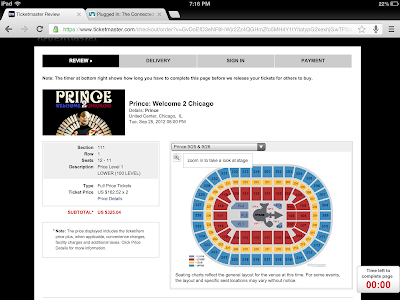 Worst of all? I let them go...see the bottom right corner???

TIME LEFT: 00:00  - I was actually WATCHING the timer go down...until I no longer had these tickets.

In case you can't see it, here's a purple arrow pointing to the 2 seats I basically had in my hands... 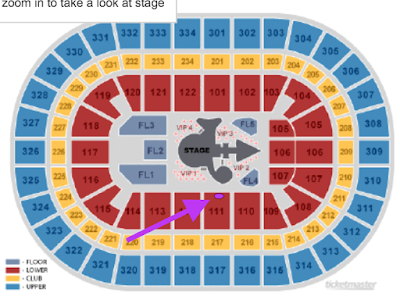 ...and I let them dissolve away.

Not feeling the impact yet? 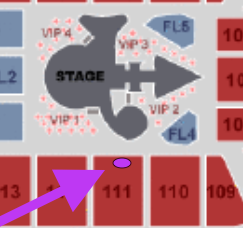 Now before you say, "Well, it was a Tuesday...in Chicago...it's a long drive, and you had kids to worry about".

Well it does to us.

OUR WEDDING ANNIVERSARY IS THE 25TH OF SEPTEMBER!!!!

What the Frickety-Frick-Frack was I thinking?!?

"Hmm, what could I get my wife to show how much I love her? PRINCE TICKETS SO CLOSE TO THE GUITAR-SHAPED STAGE WE COULD SEE HIS SWEAT SPARKLE IN THE LIGHTS AND MAYBE CATCH A PURPLE GUITAR PICK???

Na, how about a night home watching the news?

I know at the time I'm sure I had a great excuse, but dang, right now it just screams:


Ya, ya, I've had some great adventures since. But this rivals my biggest regret (a future blog...but I was in Verona for a week during a year-long world-wide Up With People tour) and was offered to travel to Rome for 24 hours for $100...and I declined because I didn't feel my budget could handle the extra expense...FRICK!!!  One Hundred Dollars? I blow through that in one night of Sushi...and I've STILL NOT BEEN. Of course now it will cost me at least $5,000)

And this ticket regret? It's not even like my Rome regret...Rome won't suddenly die...Rome hasn't given me years of joyous memories and emotions. I may even get to Rome and say, "This is crap...lets return to Dublin"...but I LOVE PRINCE CONCERTS!!!

I'm sure I'll recover, and post something positive and "witty" in a future blog.

and if I have a message for me?

Okay. I think I can settle down now.