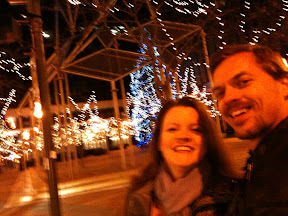 This is probably my favorite thing to do…explore a city with my wife and go to a great show. (Isn’t she just so pretty!?!) Here we are in St. Paul walking with James and Lisa to a sushi restaurant called Fujiya. 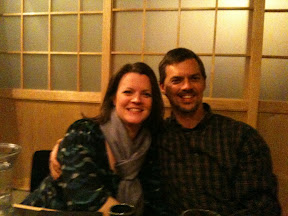 While I’ve had sushi before, I’m no expert. James and Lisa are, so it was great fun to go with them to learn all there is to know…and since James is ‘the man’, we got to dine in this private room with traditional tables and seats. (meaning, the floor with pillows and a chair back). Quite enjoyable!  BTW, the Mondale's were eating just behind our private booth. I was thinking of giving them tips on how to become an ‘influencer’ so that they could get great private rooms like this. 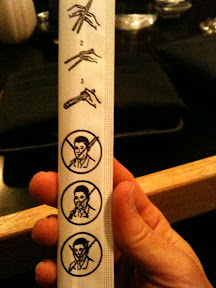 
Don’t stick these into your ears


Don’t stick these into your nose


and DON’T make walrus tusks out of them! 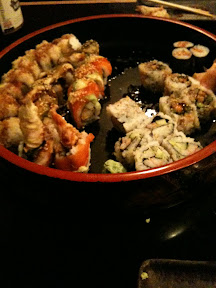 Such a wonderful selection of Sushi. The Saki carafe was not in the photo but provided wonderfully warm Saki to warm us and make the sushi even more delightful. 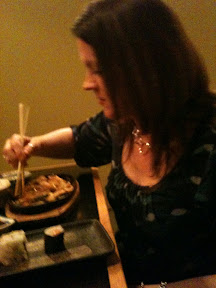 Such a beautiful lady!!! (and brave with her tuna, eel, and crab sushi)

OK. So now that we were all ready, we walked to the Fitzgerald Theatre and saw a great show. I did feel privileged  to be there…like I was invited to an ‘insiders-in-the-know’ event. There were well known musicians on stage as main players and guests, poetry readings, tap dancing, and even a quazi-ballet. 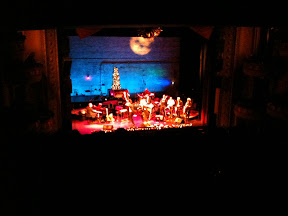 The New Standards is a group of very well-known Minneapolis artists. Their focus is playing songs we all know in new and unique ways. turns it was very refreshing. I loved the piano/founder voice of Chan Poling, who used to rock with the Suburbs. They even played “Love is the Law”.
They had a variety of Christmas songs in cool arrangements, but the most memorable was when the bass player said “This is a song written for the composers father”, then proceeded to play Cheap Trick’s “I want you to want me”. The crazy thing is that all our lives we all knew this song to be about a boy singing to a girl. With the bass player’s intro, and the arrangement of a powerful ballad, it was quite a powerfully moving piece where the goal of the boy was to have is dad want him, love him, need him, and spend time with him. 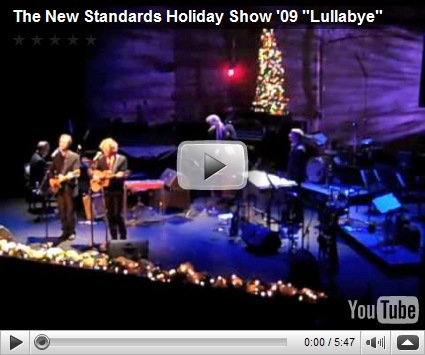 (this one is a millionty times better than DC version)
By the end of the night when they played “Hey Na” in a jazz style, we were hooked. The love for Minneapolis and St. Paul really came through the musicians…especially the bass player (John Munson from Trip Shakespeare) as he said that this city guides and aids and engages musicians to develop their craft and their songs, so that when they are incubated and ready, the world hears them and ask “where on earth did that come from!” 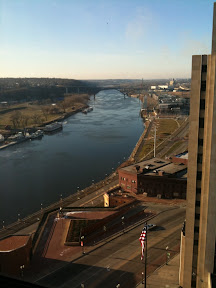 This was our view from the hotel we stayed at. The wife and I walked by the river in the morning in brisk 15 degree sun…cold but very enjoyable. As usual, my favorite days are when my sweetie is next to me. 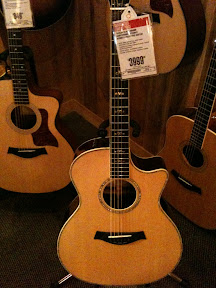 No, I didn’t buy this as a concert souvenir. The wife wanted to go to IKEA and since James was along I was able to spend 1.5 hours at Guitar Center…where I saw this, and a PRS amp. Both were sweet but far beyond the possibilities (for now :-)  )   All in all, a great guitar, but I’m still in love with the PRS Tonare Grand.
A lovely, lovely weekend. One I will remember for quite some time.
Posted by GregHint at 4:34 PM