As I train our pup, I'm trying to teach her that when I call, she should drop everything and run to me. To do that, I need to consistently reinforce that when I say "Orchid Come", she knows that regardless of what she's engaged in, I've got something better for her. When it happens, I think both of us are filled with joy because the more she comes when called, the tighter our bond becomes. 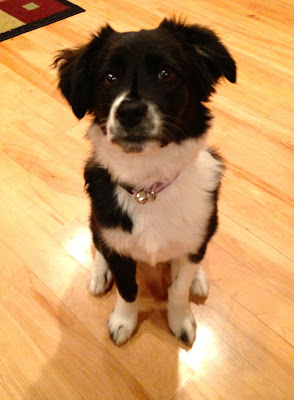 The problem is that while sometimes I've got a tasty treat that's better than the stick she's chewing or the ground she's sniffing, sometimes she'll be disappointed when she arrives. For example, if she's hot on the trail of a rodent, and she comes, when she arrives she may not think my treat was worth losing the rodent scent.

Harder is when she's eating rabbit (or dog) poo that could make her sick, she may respond and be disappointed in her choice. Worse, she may think at the time that the poo is better than what I have to offer, and may not respond. Even if she gets sick later on, she won't make the connection that it was the poo…that she made a bad choice…she's just not wired that way to realize her decision to not come caused her all that pain.

Even harder, there will be times I won't even have a treat because my "Come" command is reacting to the car barreling down the street, and I'm protecting her from getting hit. Her running to me in that case is far better for her, but to her all she got was a scratch on the head with no treat at all!

What I'm learning is that sometimes pup will never know that what I have for her is better…that she'll be disappointed when she comes because from her perspective I've pulled her away from perceived fun...

…she'll never know what I have is better

I wonder if this is anything close to how God and I interact? I wonder if He yearns for me to come to Him because He knows that whatever I'm engaged in, He's got something better for me?

I wonder if when I'm doing something I decide without regard to his will He calls for me because His way is better?

I wonder if when I'm doing something vile to Him that will make me sick, He says "Greg, Come" hoping I'll disengage from my sin long enough to listen, drop everything and run his way?

I wonder if when I do listen and "Come when called", and am disappointed in the loss of the perceived fun I was about to engage in, He simply hugs me and smiles knowing He saved me from great pain?

I wonder if God put dogs on this Earth to give yet another glimpse into how much He loves and actively cares for me?
Posted by GregHint at 9:30 PM