You want to know what's really wrong with the world?

In just a few days, your dog will do things that make it stinkin' obvious as to why this world is so messed up…

You want to know what my dog did!?! 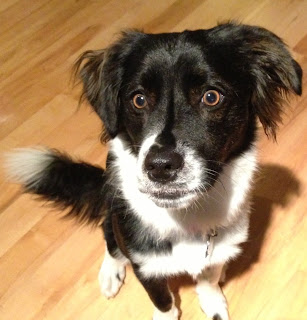 She Showed Me I'm Impatient
I want perfection, and I want it now…never mind that my 11 month old pup is behaving beyond my wildest expectations when we first got her…I still expect more. I don't like the pace of progress. Maybe it's not impatience...maybe it's just anger, or sadness. She's chewing away my day-time masks and revealing I'm quite unhappy...and my raw actions show it.

Hmm…being impatient at someone…or some thing...based on my own irrational expectations and placing blame on others for my lack of personal satisfaction? Ya, that's messed up.

She Reminded Me I'm Entitled
The running path has grass on the side of it for a REASON! It's so my pup can pee and poo without me having to stop my run. Heaven forbid I prepare for 27 seconds before the run so I can clean up after my dog.

Hmm…lack of preparation then asserting the world should pivot to accommodate me? Ya, that's messed up.

She Proved I Fear Judgement
Instead of just loving on this pup and understanding that when she sees another pup she's excited and wants to play like all young animals, I fear what the humans around me think of my training skills. So, I pop her leash…hard. She ends up laying down, but not out of a response to our flourishing relationship, but out of pain, or at least deference to strength.

Hmm…lashing out in anger in order to control others to do what I want? Ya, that's messed up.

She Revealed I Judge Others
Dogs are imperfect animals with instincts that can be hard to break, but that doesn't stop me from judging other owners when their dogs misbehave. I instantly judge that they are misguided, don't have a clue, or are lazy.

Hmm…judging others based on limited (or wrong) information? Ya, that's messed up.

She Showed I Don't Take Responsibility
Whether it's poo, keeping pup on-leash, or training her to come-when-called (with distraction), I can't blame everything on "well, it's just an animal". I took this responsibility to not only care for pup, but train her to be a reasonable member of the community.  If I can't handle the responsibility, then I shouldn't consume the benefits.

Hmm…not taking responsibility and assuming others will just have to clean up my irresponsibility? Ya, that's messed up.

Just get a dog. 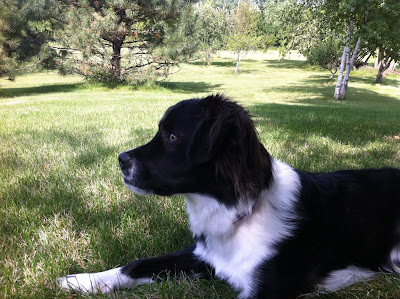