I was in Madrid when I heard the news.

Instantly, among the emotions, were memories.

It’s been a while since the news hit, so by now it’s nearly irrelevant, but even if it’s just for my own benefit...

First Listen
It was 1984. I was a rocker. I loved AC/DC, Van Halen, and all related guitar-luvin music. The first rock concert movie I saw was AC/DC’s “Let There Be Rock” at the Skyway theaters. Huge stack of speakers on each side of the screen…it as awesome!  My parents would have cringed if they knew Angus “mooned” the audience during a guitar solo. Oh, and we hated any music with “keyboards” (I know, later I learned piano and have been playing and composing since I was 16…life’s funny that way). We even contemplated boycotting Van Halen when “Jump” came out with…keyboards! Anyway, me and my brother were returning from a great weekend at our Grandpa’s lake home in Deerwood, MN. We were driving south past Lake Millacs, (past the big bass statue), and he said, “Take a listen to this”.

We were supposed to hate keyboards.

“…you can always see the sun…” The tension started to build…maybe not a complete waste of time...

“so when you call up that shrink in Beverly Hills…you know the one”...
….the drum beat kicked in...

This wasn’t some woosy little pop song. This was something different...

…and by “Punch a higher floor!”… when the wall o’ guitars slammed into synth stabs...

I’m not sure my brother knew what he started.

Of course 2 seconds after the song ended, a sweet drum fill …a full measure of drum fill…started the next song.

That was it. I found my favorite music.

Soon enough I discovered 1999, Controversy, Dirty Mind, Prince, For You…in that order. I wore those cassettes out and knew every song by heart.

On the plane back from Madrid, the memories continued to flood back...

... mowing my parents lawn screaming out Delirious … and my dad educating me that the lawn mower sound doesn’t drown out full-out singing.

… sneaking into the Wayzata movie theater (my friend worked there). While most would sneak in to eat the stale popcorn, we snuck in to ‘air jam’ and mimic the choreography to our favorite songs…of course I chose “I would die for You” and “Baby I’m a Star”.

…choosing a guitar teacher partly because he was cool looking and an amazing player, but also because he auditioned for Prince’s band. (Reynold Philipsek…still releasing amazing records)

...Learning to play guitar and the first song I learned was, yep, a Prince song.

…writing my first song (on a woefully out of tune guitar) which was the first a-ha moment that I could not only compose music of my own, but could explore all kinds of recording techniques (like high-speed guitar), layering vocals, and playing all instruments myself.

Take a listen to "U Drive Me Insane" below...

Interestingly, as I listen to that first attempt at the whole "produced, arranged, composed, and performed by Greg Hintermeister", I can't believe how fearless I was. I knew I wasn't the most talented, but Prince's music taught me how to strive for interesting music...I wasn't a good vocalist, but still didn't stop me from layering vocals with multiple parts.

...also all on a little 4 track cassette recorder. Crazy. And, I have to say, a few I still love listening to (take a peek at "The Rock", and "In Jesus Name")

…and then I remember the day the local KDWB radio station had a “Purple Rain Tour” contest.

I called in and amazingly won 2 tickets to see Prince! I was so excited…literally flopping on the ground. I asked a friend of mine if he wanted to go because my parents would NOT approve of me going…we were a very conservative family. But that wouldn’t stop me. The day of the concert came, and I was PUMPED...

…and then my friend called. my Mom answered. “Hey, can you tell Greg we’ll pick him up at 7 for the Prince concert!"

…They were not happy. Although at this point, I’m not sure if they were mad about the concert or the fact I lied that I was just going to a friends house for the night.

I was grounded. I was so mad at my friend for leaving the message that I sold the tickets to a friend of my brothers. Then he was mad at me, and I don’t think we talked again.

Maybe because of that disappointment, I was driven to immerse myself in the Prince experience.

~~~~~~~
At some point it became an obsession. At the time I was an active member of a youth group, so just as Prince’s songs swung between God and sexuality, my inner Greg went along for the ride. This part is difficult to think through but it was a part of my Prince journey…not difficult as in embarrassing or regretful, but difficult because I’m not sure  what I think about the path I took.

I bought everything I could…including a mecca trip to Electric Fetus to get some rare 12” singles. I also frequented “Knut Koupee”, a music store frequented by Prince. One time I walked into the store only to hear a killer Prince-esque drum loop rolling. Flanger, phaser, the whole thing. Unfortunately it was just a worker, but Prince had been there, and I left with custom “Love God” guitar pics and “Love God” tambourines left over from his Purple Rain tour.

About that time I remember seeing a TV performance of Purple Rain tour (in late 1984?) and feeling so…happy! It’s like when I heard his music I would smile, jump around, feel invincible, and dream of the day that I would return to a high school reunion (I was in 9th grade) all famous and play my own cherished songs 😃   .

But, it wasn’t always good.

As a counselor at a church camp, I spent more time playing purple rain on piano in mess hall than helping kids

I influenced friends and family and watched how they started becoming obsessed as well as me. Funny how we can become so focused on someone we’ve never met.

I went to Knollwood to see “Under the Cherry Moon” opening night…and at the end of the show, at least as far as we could see, Prince himself ran down the isle and disappeared through the emergency exit. Was it really him? Who knows…no GPS nor Twitter at the time. But I think it was based on the reaction of the girls on the isle seats. Me? I became light-headed (I know…).  My friend shook me out of it and we quickly followed, but when we opened the emergency exit...

My favorite jam at the time? a b-side called “Irresistible Bitch”.

Eventually the conflict I felt inside by being a Jesus-follower and a Prince fan came to a head. I really didn’t know what to do, and my youth pastor suggested…to burn all my Prince material. WHAT?!? That’s crazy! burn everything. How extreme.

And you know what? It hurt! (so maybe it was a good decision?) Was it ridiculous? Maybe. I don’t know. I did feel I was putting my love of Prince before faith and obedience. Some day I’ll look back and study the details…so…into the wood-burning furnace it went…the 12” singles, rare photos, albums, I was OK until the inside LP cover of Purple Rain (the girl drawing) was ripped and thrown in… 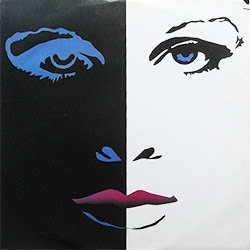 ...I felt that pain deep inside.

That was probably 1986, and for a few years I focused on music from the young Christian scene. (White Heart, Michael W. Smith, Stryper)

In 1989 the movie “Batman” came out…and of course the music was amazing. It was a way to get reconnected to Prince’s music in a “PG13” kind of way. While I loved “Batdance”, my favorite was “Trust”. I learned later that Jack Nicolson used Prince Music to energize himself so the new music had to have the same beat, and the same hits (sometime dissect Trust vs. Baby I’m A Star”).

My heart sank. I even walked up to the venue, met the manager, took a tour of the night club where Prince’s stage was all set up for the show that night…and I had to sell them. 13 days too young. (I know…Prince loved the number 13…irony or whatever)…I couldn’t believe I couldn’t see that show.

Soon after, Prince announced the Nude tour. Since I worked at Daytons I got tickets…waaay far away but I didn’t care. One day before the concert I walked by the ticket window and the gal said, “we have extra Prince tickets”. 16th row. SWEET! I sold the nose-bleed tickets to my brother and bought the good ones.

What a show. So great to hear all the great songs and see Prince live on stage.

About that time, Up With People called, and I was asked if I could travel a year early and play guitar around the world.

During the tour I met other Prince fans, and even met a gal that had the most sought after bootleg “The Black Album”. Awesome. In fact, most of the time in some foreign land, I was asked, “Where are you from?”.

I would say, “Minnesota”.

Yep. I guess he’s always been a part of my identity.

Of course life happens, and I focused on college, job, wife, kids.

I never did stop recording and composing. Here's a clip from a live theatre soundtrack...one of my favs from "Sleeping Beauty" I wrote in maybe 1997:

Then, in 2006, Prince announced his Musicology tour. I got 2 tickets, great seats, and went with that same girl. He played 2 nights and the night we went, we were surprised with a new opening band...

What a treat!  We got to see Morris Day and all the rest do their thing. What a fantastic warm-up to Prince, who for that tour did a ton of hits, an acoustic set, and gave out free CDs to all ticket buyers.

Later I bought 2001's “The Rainbow Children”…my favorite of all (except for the dumb low-tuned vocal that appears now and then).  So funky and raw. Plus, with that record I realized his music was much more family-friendly. Mostly PG (or maybe PG-13). I loved listening to it!

Now it’s 2016. I kinda followed his music, but since I was too cheap, I skipped buying more recent CDs (which required various online memberships). Recently I was curious if he was still touring and by dumb luck stumbled into Ticketmaster just as a concert in Chicago went on sale. I found 2 great seats, but having just returned from multiple work trips, I really didn’t want to deal with the travel logistics (6 hour drive, hotel, blah blah blah…) so I canceled the order.

I’m a little sick about that. I would click Order in a heartbeat now.

Now that he’s gone, I’ve been listening to all kinds of Prince playlists lately…from my own collection, the Current, and others. I’m so in awe of how much great music he released and how much good stuff there is.

Most of all I’m in awe of how he changed…from “Dirty Mind” to “The Last December” which is basically an alter call.

So what of all this?

I don’t know. I’m just grateful for his music…and have no regrets…regardless of the paths his music steered me.

I think, in the end, his music helped me feel alive and connected.

For that I’m thankful.

…and to be honest, I think I need a little more of that “feel alive and connected” these days.

To celebrate his life...and mine, I think I'm gonna focus on two things:

1) Compose and record more often and be more fearless.

In fact, I think I’ll have to buy me a record player, some old Klipsch speakers, sit right in front of them...

...I feel more alive just thinking about it...