My first encounter with Van Halen was in 1980 when my big brother came home with a cassette he borrowed from a friend. He flipped it into his boom box, and...from the opening lick, I was never the same.

That cassette was also the source of my first real conflict with my dad :-)   Back then, I knew nothing about audio so I copied the cassette by putting two boom boxes nose to nose, hitting play on one and record on the other.

Of course, as is the story of my life, my dad walked in during the worst part...the middle of "Everybody Wants Some"...with Diamond Dave talking about how he likes it how the lines run up the back of their stockings. It didn't occur to me to just stop the recording and re-record it later...it's not like wasting 20 minutes of my youth was worth the lecture on what how I need to feed my brain with pure and wholesome things.

Once released from solitary confinement, I proceeded to explore their other albums and quickly created a mix tape (mixed with AC/DC) that would pound my ears while mowing. One time my dad even came running out thinking I was hurt...when I was just trying to mimic a Roth-worthy scream (he then lectured me on how mower acoustics don't drown out screaming/singing).

I also bought a VH necklace...just like the one Eddie wore in the guitar magazines. Thinking back on it, that seemed so primitive...cutting out an order form from the back of a magazine, having my mom write a check, mailing it in...and waiting 4 to 6 WEEKS for it to arrive...never knowing if the company even got the check, and if they did, if they'd ever send me anything. But soon enough, after checking the mail daily, I got my gold necklace and proceeded to wear it as I dressed up as Eddie during 9th grade costume day:

When I first picked up a guitar at 16, the first lick I learned was "Ain't Talkin' 'Bout Love". Fairly basic, but I could finally say I could play a Van Halen song. I got the tablature for "Eruption", but could never figure it out. I say publicly that I'm more of a blues player, but the truth is I just don't practice enough.

The album "1984" was the first album that I anticipated and bought the day it was released. I couldn't wait!!!

I was so excited! I unwrapped it, placed it on my dad's turntable, and promptly stated:

(Couple notes here, 1: Yes, I had a mouth back then. 2: Remember big statements you make as a kid. I said I hated keyboard stuff, and just a few years later at 16 I started taking piano lessons and have been playing and composing ever since...which ranks right up there with me getting a C in music in 9th grade and failing the "Oklahoma" test...then in 12th grade I sang the role of Curly in the fall musical production)

Of course, now I love that song (Jump) and I kinda forgave them as soon as I heard the pure rock of "Panama". Wow, what a song.

Then they broke up.

I honestly don't even remember that news, so I might have already been introduced to the music of Prince...yes, again, by my big brother...while driving home from my grandpa's lake home in Deerwood. We were passing by Lake Millacs and he puts in a cassette...Purple Rain...Let's Go Crazy...cool guitars but with a funky beat...and WOW did that corrupt my brain. If my dad lectured me on the PG+ nature of Van Halen songs, his response to the R (or worse) nature of Prince songs would have included putting me on a slow canoe down the river Styx to meet my maker.

A few years later, I heard Van Hagar...and thought that was pretty cool, but missed David Lee Roth. After that I moved to Christian music, other 'light rock' and pop...and basically left Van Halen behind. Sure I listened to 5150 songs, but it didn't impact me the same way.

Years later, at 38, I was feeling blue...blah...like my life lacked the fire it used to. I felt stuck, and uninspired. I read an article on how certain music becomes the soundtrack for a person's life, and something triggered. I bought an iPod...and my passion for rockin' music reignited. Songs like "Ice Cream Man" re-entered my ears. I reunited with the music of Van Halen, AC/DC, and others that fired me up. That, of course lead me to newer music by U2, Creed, Alter Bridge...

...and even more recently inspired me to release my own hard-rock album: 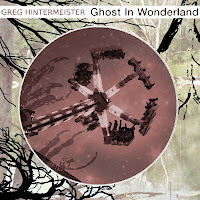 My journey with Van Halen culminated just last week by seeing them live in concert. I'll leave that story to a future post, but let's just say seeing Eddie vibrant and sounding excellent at 57 was inspiring! Knowing he had struggled with addiction and cancer made the evening even more special...he looks so happy. Here's his 9 minute guitar solo at the show I saw:

There you go. If anything, this story tells me that everyone needs something to rock to throughout their life...to keep the fire and passion and the anticipation of what's up ahead alive and kicking.