This month I am focusing on taking the best photos I can with my new camera. If interested, here's my purchase story, and my week 1 playing with photography.

This week I focused on one category: Things that Fly

My girl's first optionals gymnastics meet. It was at the Minneapolis Convention Center, and was so dang fun because: new camera, other dads have cameras, and most of all, our girls new routines. they are AWESOME!!!

First up was Renna's Level 6 meet. The USA Gymnastics changed all the levels so while she was level 6 last year, this is a higher "Optionals" level. 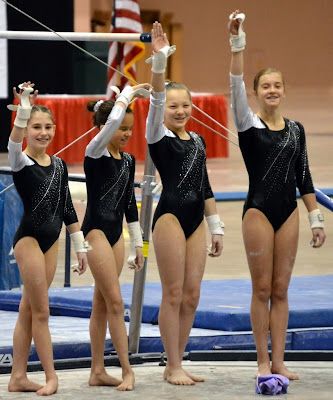 Straight as an arrow

There's so much else going on at these meets that I tried to crop to focus on the gymnast, but now I know why pros get really close and point upwards…avoid all the other distractions. 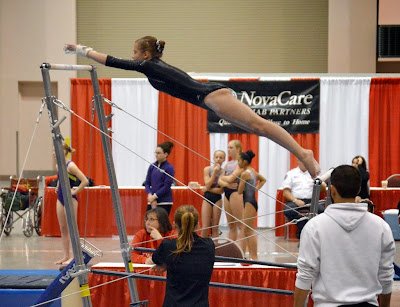 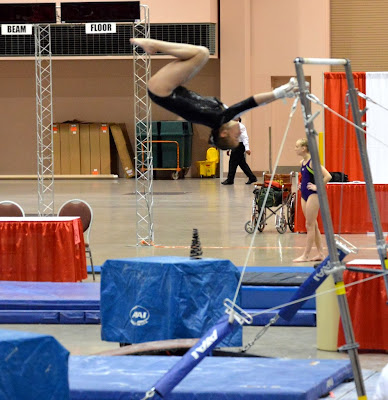 For most of these I used my 55-200 lens, and 'sports mode' that usually chose 1/400 exposure. As you can see, there are some small blur spots, but for my first time out, I'm quite happy with the shots. 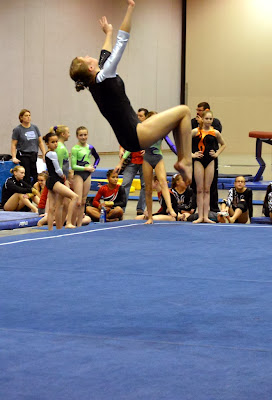 Some I took during warmups. It was nice to practice with, but sometimes I captured a good one


Posing on the floor 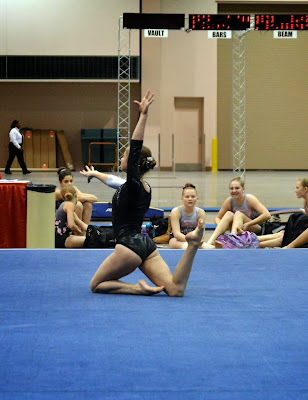 End of the routine 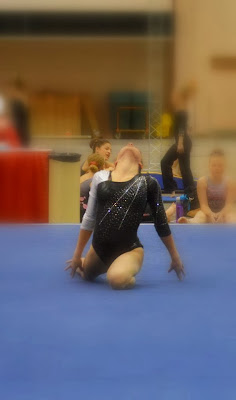 This I experimented with fading focus. It seems to nicely focus on her, but I still think I have work to do. 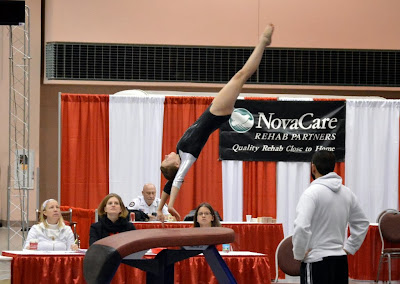 This one was really far away. I zoomed in to 142mm, cropped, and ended up with a decent shot

Next it was Julia's Level 7 meet. 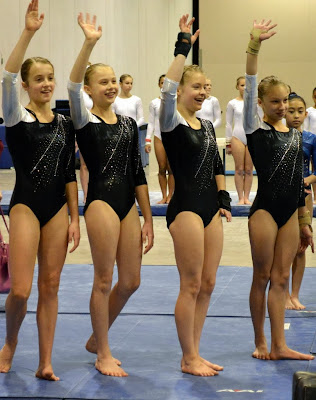 The start of her beam routine 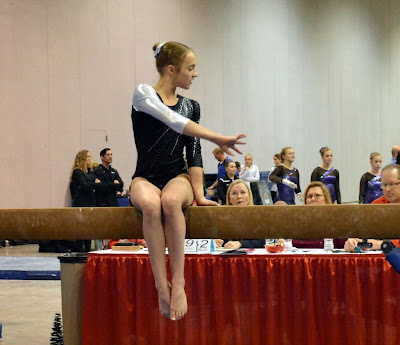 Beam splits high in the air 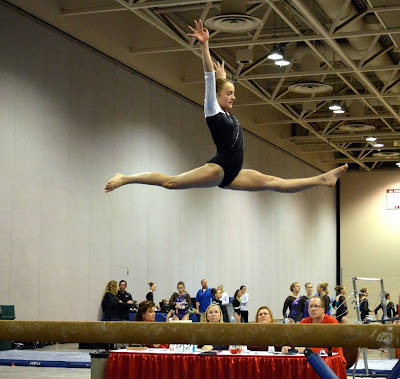 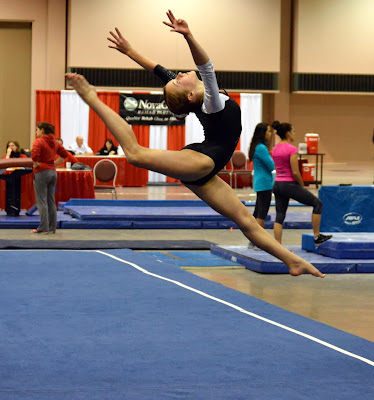 This is one of my favorites…since the camera was able to capture the move pretty well. I did notice some small lines/waves in the photo (her leg) that is probably due to capturing so fast but maybe due to the kit lens as well?

High on the bars 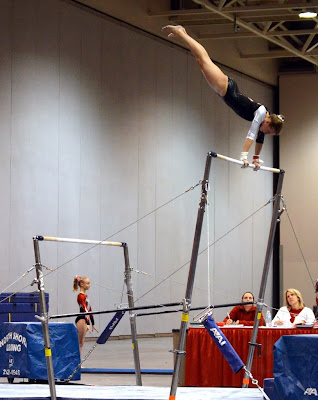 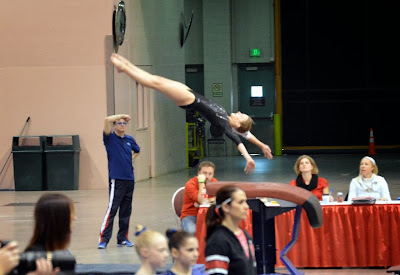 This was highly zoomed in, so while the camera captured it as good as it could, there is some distortion since it's such a fast event, and it was so far away. Still, after cropping pretty far in, you can still see Julia's position and precision.

All in all, I was super impressed with the camera. We'll see how future meets go, and I hope to get some even better shots as I learn and experiment.

Question: What settings do you use for indoor sporting events?
Posted by GregHint at 1:17 PM