Every once in a while a cosmic singularity occurs in our marriage...

...a series of events that make a single weekend a blessed encounter where nothing else exists except us...me and her...together exploring the world's awesomeness...

A few weekends ago (November 13th) was one of them:


...and when it was all over, it was one of the best weekends ever for us, but I couldn't help but think about the extremes that surrounded this weekend...for some reason we were in the middle of this cosmic singularity protecting us and providing us this glorious weekend, while extremes could have meant the exact opposite...like...

Roger Clyne vs. the opening 'band'
While I always enjoy hearing RCPM, the band was extra-awesome this weekend.

...which was completely opposite of the opening band. I won't even write their name in the off chance that the Google will link this blog to their internet presence. They were beyond bad...disgusting? vile? I've actually never been embarrassed for a band before. Sure I've heard angry bands who make a statement...but this duo was just sickening.

Maybe once Roger and crew took the stage the difference between the bands was why I was so impressed with RCPM, but I think there was more to it. They were recording every show so that may have pushed them, but to me, it was like they met earlier in August and said, "We're sounding pretty darn good...lets see how good we can actually get". Each song had nuances I hadn't heard before...syncopated hits, guitar riffs, the bass and kick drum were more in sync than ever, and vocals were great! 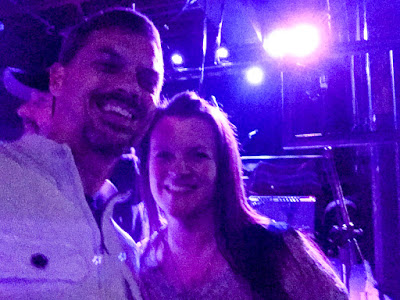 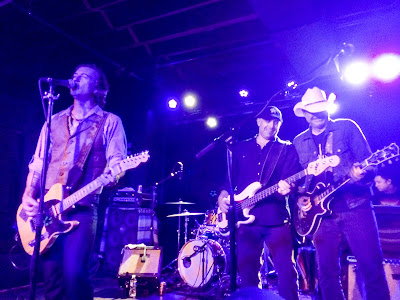 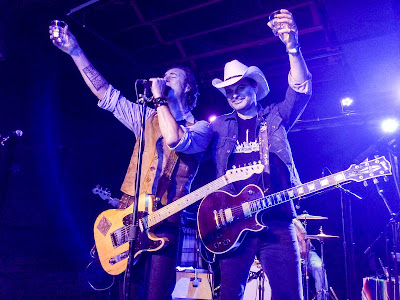 We left overflowing with happiness...and happened to find their bus and thought it would be cool to measure the extreme difference of our traveling vehicles :-) 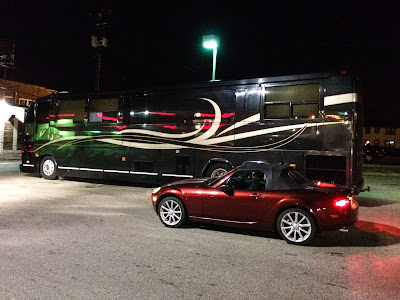 Flowers vs. Dormant Grasses
We went to the Como Zoo conservatory. Inside was lush, flower, beautiful...whereas outside was approaching winter. Everything inside was colorful, alive, vibrant, whereas everything outside was brown, dormant. 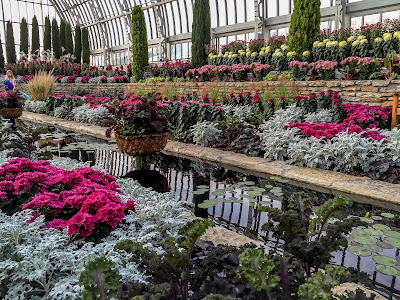 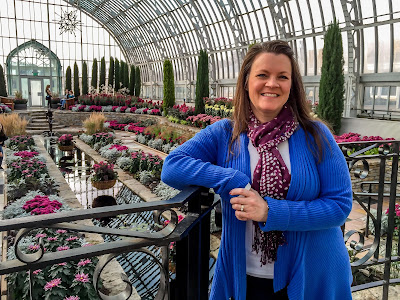 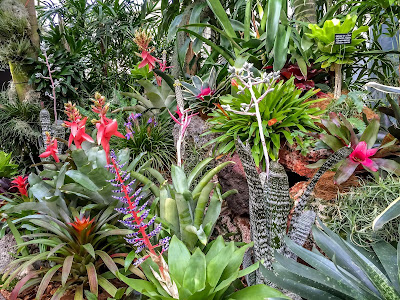 Weather
Normally, November can be brutally cold...not really in temps, but in combination of damp, cold, windy...yuk.  But THIS November weekend was superb!! 55-60, sunny, calm, no need for jacket, simply delightful! 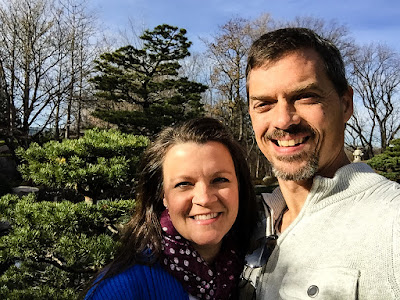 Safety Vs. Danger
We were always safe. St. Paul is a great city, and the RCPM fans, us 'Peacemakers', are kind, supportive and awesome. We all gathered for a concert to listen to our favorite band and rock out with a bit of tequila and amazing musicians.

This was in stark contrast to fans in Paris who on that SAME NIGHT also went to a concert to listen to their favorite band and rock out...only to be attacked and many killed. This was awful on so many levels, but to me it was especially bad since it was during something I love so much...listening to awesome, live music with a community of like-minded fans.


Commitment Vs. Slumps
We saw Bonsai trees that have been in training for many, many years, and have been living for even longer. The level of commitment is stunning to me...and I should know.

I used to own around 30 Bonsai trees at various levels of training. Over time some of them died due to mysteries, and others died due to my mistakes. But last year I had a down period and I just gave up on my last two. One I had for 20 years and it was alive for probably 30 years. My hard-heartedness still surprises me that I'd just give up on it and let it freeze.

But for a moment I was able to stand in the presence of wonderful Bonsai that have been lovingly cared for...and it inspired me, and reminded me that anything truly remarkable takes time, takes commitment, and takes grit to push through low times because the result can be awe-inspiring. 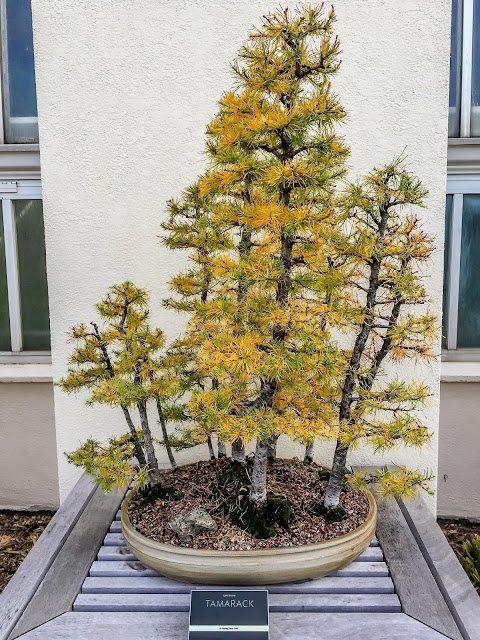 Superstition vs. Reality
I didn't even think that it was Friday the 13th. While I'm not superstitious, it still impressed me how the reality of the weekend was so outstanding...that it completely wiped out any thought that it could have been a weekend of disaster, dread, or 'bad things gonna happen'.

But then again, that was our reality...and the reality of others was, in fact, filled with disaster, dread, and countless bad things.

I guess in the end, all I can be thankful for is our reality. That our weekend was filled with extreme love, music, beauty, craftsmanship, outstanding service, food, and above all, the weekend was with an amazing wife that I get to spend all my days (and nights) with.