It was all planned out:

A lot has happened since then. 98.45% of what has happened has been awesome. I can talk for hours about what adventures these nearly 22 years have brought me (or read my other posts).

But I never realized that dream.

I completed the first 3 steps by 1991. I had the songs and the energy and the contacts to go for it.

Step 4? started in earnest in 1994. Ended up composing soundtracks for live theatre and 2 movies.

While I dabbled in step 5, including a really great christmas album, it was not 'out there for the world to hear'.

In late 2011, something snapped and I decided it was really important to resume the dream...while staying realistic on how much time I can devote to it.

I know, I know, why bring reality into achieving a dream...but there are so many awesome things that are going well I just felt I needed to reboot one of my passion for life

SO...in September 2011, I decided to tackle #5: release an album for sale on CDbaby, iTunes and Amazon.

The album I decided to release was a collection of instrumental songs from three soundtracks I composed and create an album called "Ghost In Wonderland". I pulled the songs out, dusted them off, and ran them through my updated processing software to see how good I could make them sound.

I think the mash-up of those three styles make for a very rich album.

I then decided to release it through "CDbaby", which is an on-line distributor that publishes to iTunes, Amazon, Spotify, and 30 other digital locations. It also creates physical CDs. I am quite impressed with that site.

Once I got the songs together, I realized I had a lot more work to do! I needed artwork, to get the songs registered at the US copyright office, and get the music released.

I contacted a friend for the artwork. Through several iterations we ended up with a really interesting cover that also works great as the CD label. 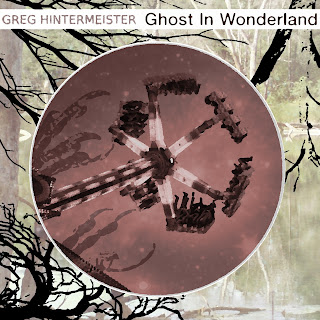 I then had to select the appropriate genre. MAN was that difficult! I could have just chosen Rock, but there were a million choices...and knowing how the social-relational "if you like that, listen to this..." works, I had to pick a very specific genre, along with 'famous artists I sound like'.

Well, I chose "Instrumental Rock", "Industrial Rock", and "Soundtrack". For the famous artists? I chose "Hans Zimmer", "Joe Satriani", and "Juno Reactor". I think those fit well and represent the style of music on Ghost In Wonderland. Take a look at my artist section.

I submitted the songs, fretted about which 30 seconds of the 4-9 minute songs I should choose for preview, and pressed "Publish".

The next day...my album was live!

I looked at the genre section, there I was. 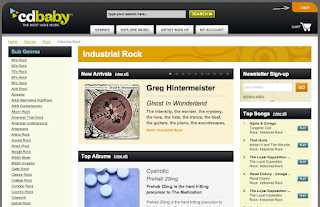 I looked at the 'by location' section and there I was...RIGHT NEXT TO MY OLD GUITAR TEACHER! 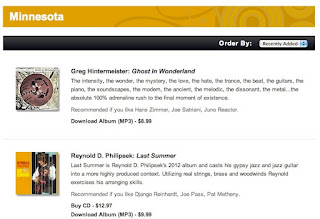 Turns out Reynold Philipsek, my guitar teacher from 1986, has released many albums and his latest was on CDbaby...on the same day as mine. Crazy world we live in. (FYI: Reynold is fantastic. He was great then and his playing is stunning now....brings back a lot of memories learning the fundamentals of guitar in his house...complete with barking dog, real VOX amp, and an ear that could figure any song out I asked him to. )

And then I waited. 2 days later I got an email that I got a purchase. a week later, someone in Canada purchased 2 songs. (I think this means my next business card can say "Internationally Selling Recording Artist").

CDbaby then told me I was live on iTunes, Amazon, and they'd distribute it out to many other sites.

I later heard from a friend that someone purchased it from iTunes.

But that's OK. It's out there. I've gone through the experience. I'm ready for my next one.

...sometimes it just takes a bit more time to get the next step.

PS: and if you're interested, take a listen to the 'single', and if you like it... leave a review...